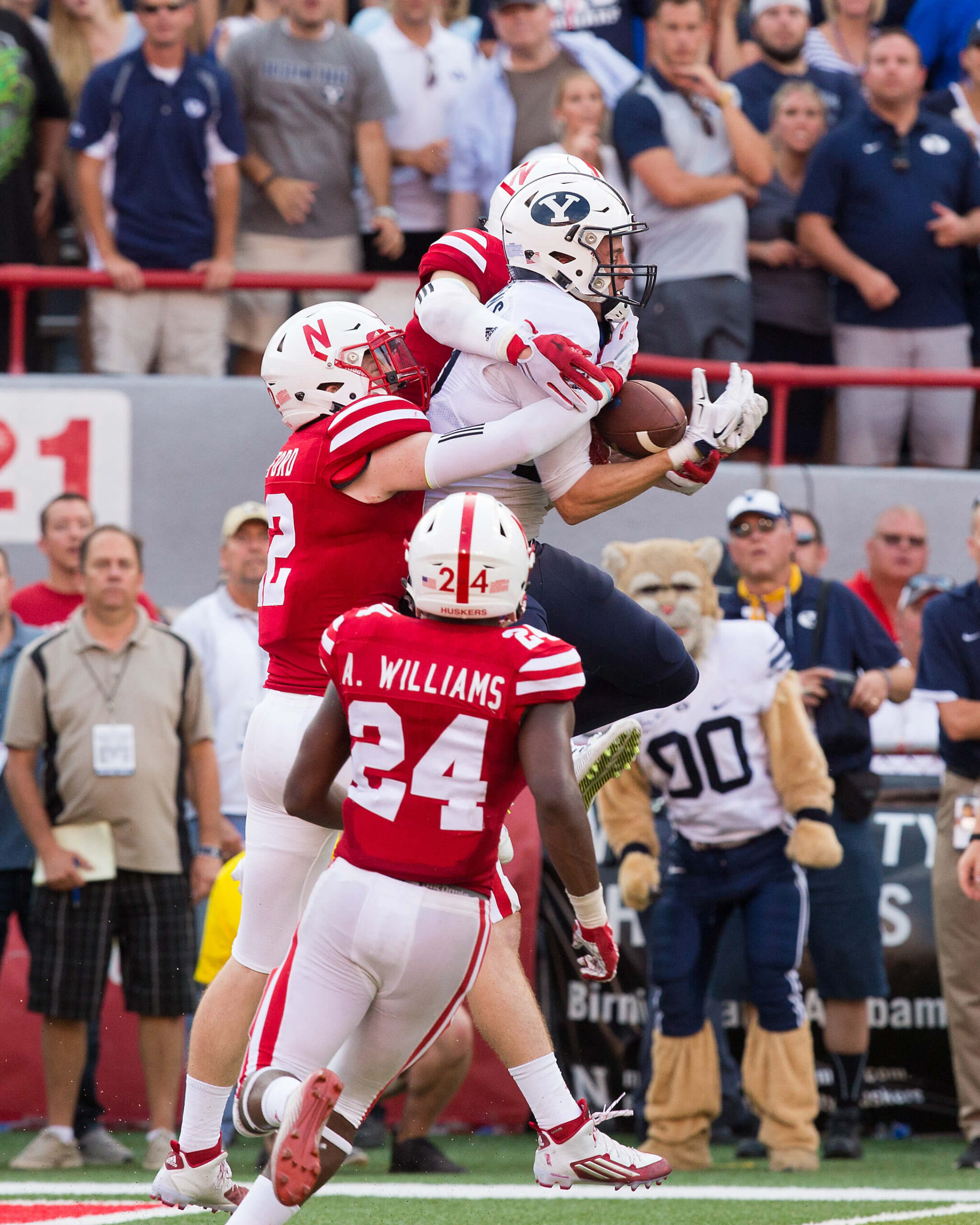 Facing a one-point deficit on fourth down with :01 remaining on the game clock, the BYU offense took the field for one final play. Freshman quarterback Tanner Mangum had only made his collegiate debut earlier in the third quarter. Mangum took the last snap of the game, rolled out, and launched a 42-yard Hail Mary to the end zone. Senior wide receiver Mitch Mathews found the goal line, hauled in the pass, and came down into the end zone for the game winning touchdown, stunning the Nebraska crowd and winning the game 33-28. The win snapped the Cornhuskers’ 29-game win streak in home openers, which had been the longest in the nation.