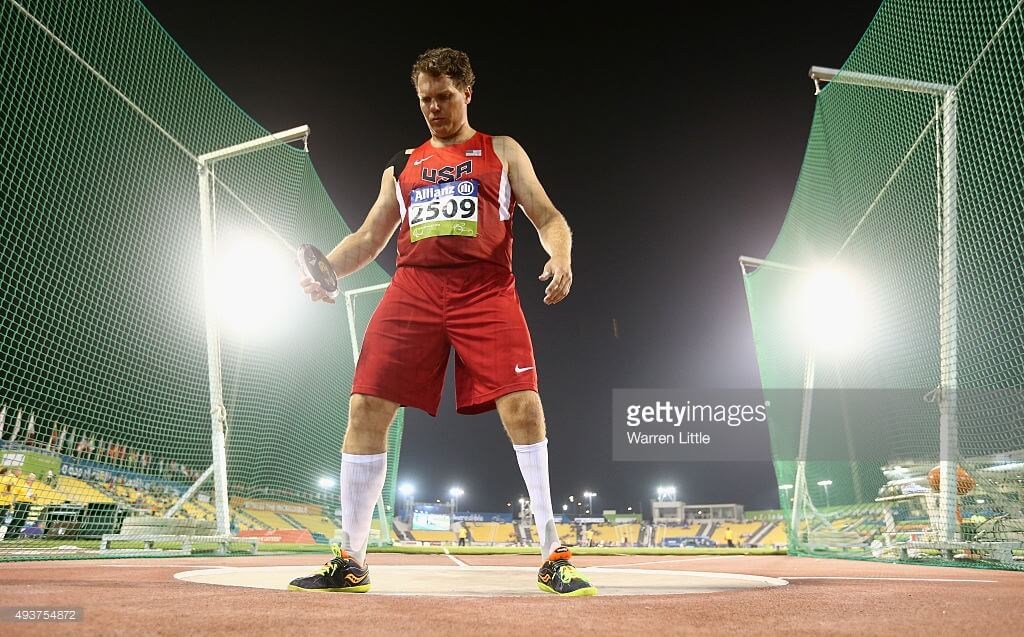 Born with a severe clubfoot, David Blair underwent several surgeries and years of braces. Although the foot remained immobile, David excelled in many athletic endeavors. At the age of 13, David was given a VHS tape on discus throwing. Using this as his sole source of coaching, he won the high school state championship in 1993. David attended Weber State University where he set many school records and won Big Sky Conference championship titles in the Hammer and Weight throw. At the age of 40, David discovered he was eligible to complete as a Paralympic athlete. Six months later at the IPC World Championships he finished 3rd in the shot put and 2nd in the discus.